The chicken are now about 15 weeks old, so they've transitioned from the starter crumple feed to the adult pellets.  And as such, from the small hanging feeder to the large PVC feeder I made.  That has been working well, no mess inside the run, no snow or rain in the food.  I estimate it to hold about a weeks worth of food.

The run itself has provided them with decent shielding from the weather.  Most days they're out in it, only on the coldest days do they stay in the coop.  I did add some roosts to the run, as a place for them to both get off the ground and easily see out the windows.  I also covered the run with about 2" of sand.  The regular dirt that was there was both dusty, hard, and moist.

The linear actuator is REALLY impacted by the temperature!  In warm weather, it can open the door in about 15 seconds.  However, as the temperature drops, it really starts to slow down.  At 20˚F, it take about 25 seconds to open the door.  At 0˚F, I don't even know, but I do know I changed the software to give it  a full 90 seconds to open the door.  The first 0˚F day we had, I went out to find the door open only about 3 inches.  When I opened it manually, it was really working and going quite slow.

The nipples on the PVC water freeze.  Even though I have a 200W heater in there, the nipples still freeze solid when temps are below 20˚F.  My first attempt to fix it was to insulate it better by surrounding the 4" PVC with some 6" PVC and foaming the space between: 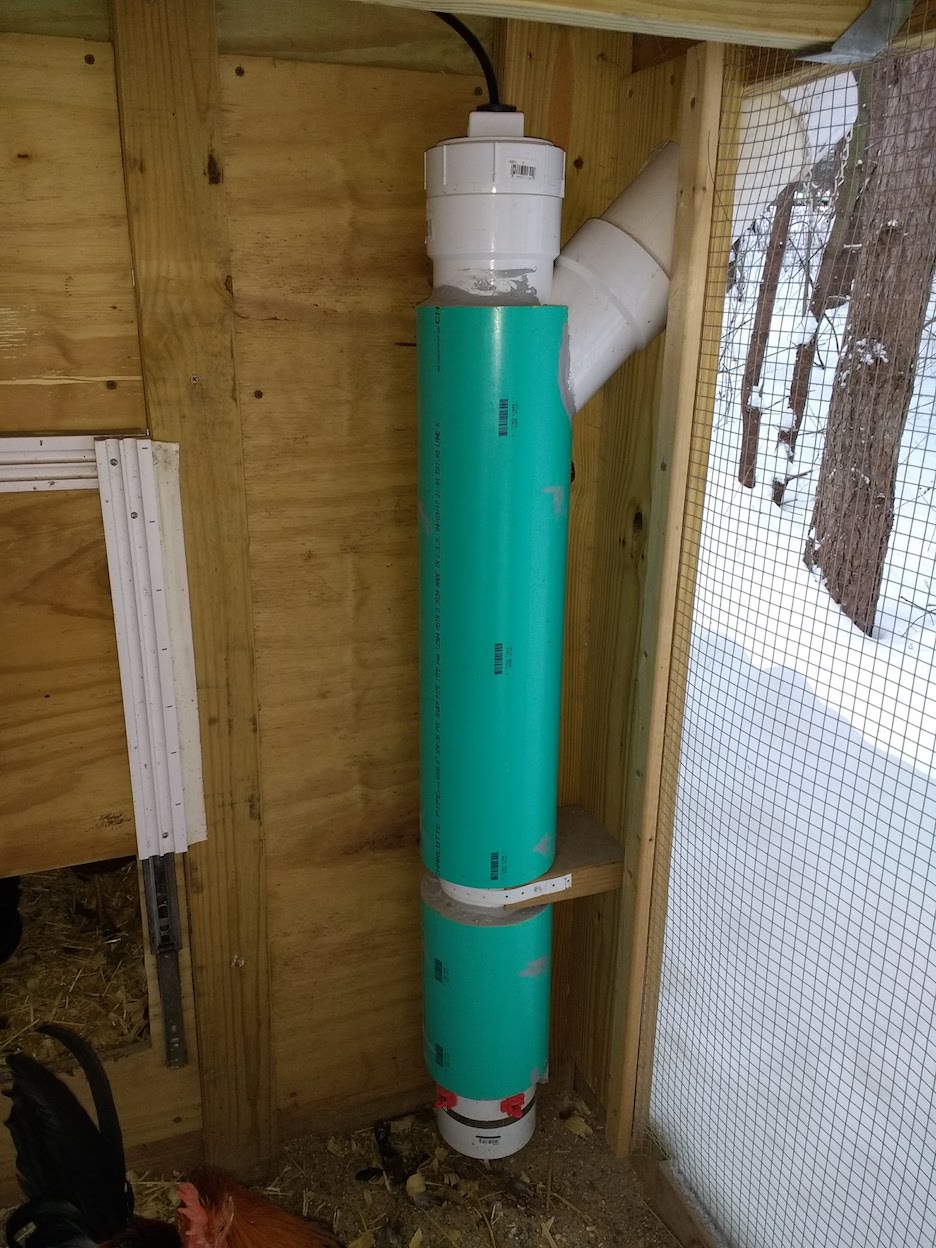 Unfortunately, that still didn't solve the problem.  The nipples are still exposed and they're made of steel...so they still freeze.  In the meantime, I've resorted to using a standard heated dog dish: 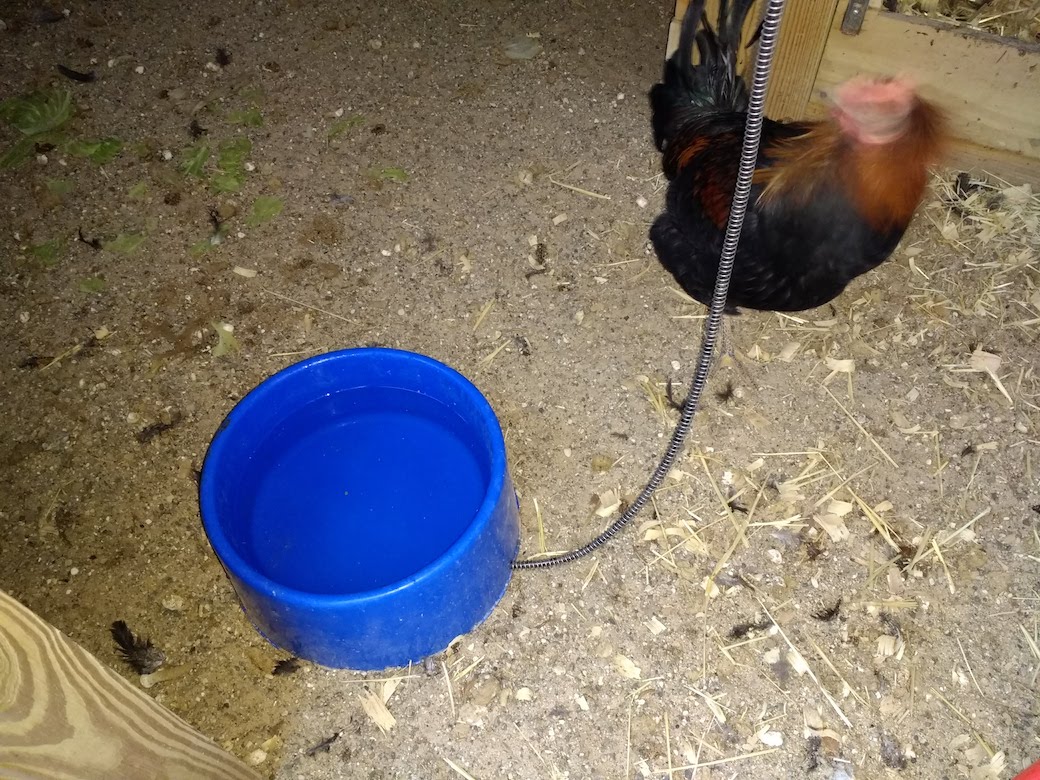 Which does work well, all the way to 0˚F.  It's just annoying to fill, clean, etc.